Watch Degrassi all day, play Slasher all night
by u/MOMTHEMEATLOAFF in r/Degrassi 2 days ago

Watch Degrassi all day, play Slasher all night
by u/MOMTHEMEATLOAFF in r/Degrassi 2 days ago

Yep I agree! Plus the wait time to get in was like hours. Where do you play town of Salem at ?

Thanks! And that sounds amazing, nice work!

Looking at all your comments (most of which have been removed) I’m not sure why you’re getting so offended by this post, but I don’t think you’re really getting the point here. Potatoes can be healthy, it’s just all about how they are prepared, and they are most certainly a vegetable. Steak can be healthy as well, it’s just all about moderation. The potatoes were not cooked in oil or butter and the steak is not a giant portion and is not covered in butter or oil either. I’m not saying go and have steak and potatoes every night for dinner but it’s healthy if you eat it in moderation.

They weren’t cooked in oil or butter, just the seasoning I listed. And there actually was a side salad as well, just not shown in the picture :)

Also the cut of steak I used was top sirloin, one of the leanest steaks you can get.

Protein & Veggie. Pan seared the steak to give it a nice crust, then cooked the rest in the oven, first time trying this method, turned out great. Sautéed the potatoes in an Italian seasoning along with onion & garlic powder. 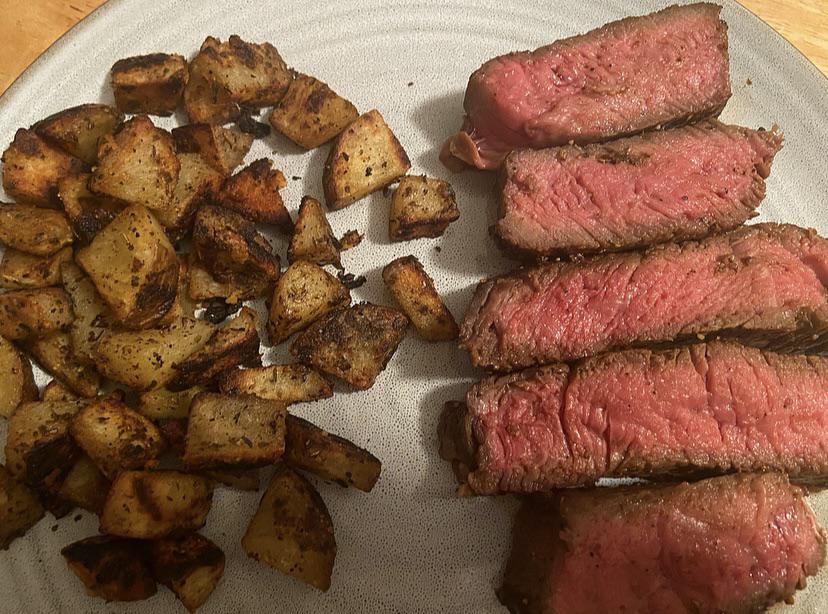 She moved back with her parents about 3 hours away. And everyone was blowing up her phone when we found out what was up, but she never answered or anything. She still posted on social media and what not and all of us would comment on her posts and expose her but she would just delete the comments.

Yeah absolutely crazy how you think you know someone so well, scary world

Oh I 100% agree. That would have never happened at my place lol. Yeah the whole story was sus af but just glad we found out sooner than later & got rid of her ass. But I do hope over the years that she has been able to learn from that and do better in life.

Yeah I hear ya. She basically talked him out of it. Also there was a lot of weed in that house lmao. Absolutely pathological she still comments on our pics and stuff on Instagram like “miss you ❤️❤️” or “omggg so cute” 100% delusional.

About 5 years ago or so I met this group of friends, we were all kind of hippies and we would smoke together, listen to music, and hang out together all the time. Three of the people out of our friend group lived together and that’s the house that we would hang out at the most.

One day me, ‘Ashley’ and ‘Amy’ all went shopping together. We went to a few different places and ended at Gabriel brothers (a place where you can sell clothes to and make money off of them). We were browsing through the store when Ashley came over to us and showed us a shirt that looked exactly like her favorite shirt that she thought she had ‘lost’. We didn’t really think much of it, until she found another item that looked exactly like another shirt that she had thought she lost. Still, we didn’t really think that much of it, but she thought it was extremely weird and wouldn’t let it go.

A couple weeks go by and I’m leaving work and I get a FRANTIC phone call from my friend Amy. Like you would think that someone died, she was in absolute hysterics. I was freaked out so I told her I’d be right over and just to try and calm down. I get over to her house (the house we usually hang at) and it is destroyed. The couch is flipped over, there’s broken glass everywhere, the new tv they had just bought was broken and apparently there’s a lot of money stolen out of our other friend (‘James’) safe. So I’m looking around and stuff and I’m just like freaking out cause I’ve never dealt with anything like this before.

She tells me that she was sitting on the couch and someone picked the lock to their door and kicked it open. They told her to give them all the money she had and searched the house for about an hour for stuff they could take. She showed us bruises from when they pushed her and told us they held a gun to her head. The way she described it to us all and how she was in hysterics made it all seem so real. Plus it wasn’t the best neighborhood and there were honestly a lot of real robberies around there. James gets home and absolutely freaks out and wants to call the cops cause he had about 3 grand stolen from his safe. Amy talks him out of calling the police and reminds him that the place smells like smoke and that it’s not worth it. We all thought this was pretty strange she didn’t want to call the cops, but since James isn’t big on encounters with the police he just bit his tongue and accepted his losses (we were all 19-20 so this was a lot of money at the time).

Another couple weeks go by and our friends get an eviction note on their door. Guess who turns in the rent money every month? Amy. So the pieces to the puzzle are all starting to come together now. Our one friend James calls the apartment complex and tells them it’s impossible they’re getting evicted as they’ve not been late on rent once, the office lady explains to them that they’ve not received rent from them in months (3 months I believe). So Amy’s not home for a while she says she’s visiting her parents in another city about 3 hours away. They have only a certain amount of time to pack up and leave the apartment and they realize that all of Amy’s stuff is already gone.

So by now we know Amy has been telling the other two that she would turn in rent and just pocketing the money, she’s been stealing our clothes (like a lot of our clothes), and she completely faked the whole break in/robbery and it was just her who destroyed the apartment and broke into our friends safe and stole his money and she’s already left the city and probably isn’t planning on coming back. The craziest part is how fake she was and how she would always be the first one to console you if you were sad and she always would spot us if we didn’t have cash and tell us how we were all ‘besties’ and she loves us so much The even crazier part, her family is freaking loaded! Like I’m talking multi millionaires so she was just doing all this stuff for sick pleasure/attention.

Scary to think, but even when you really think you know someone, we all have our secrets and some people are truly sick human beings. 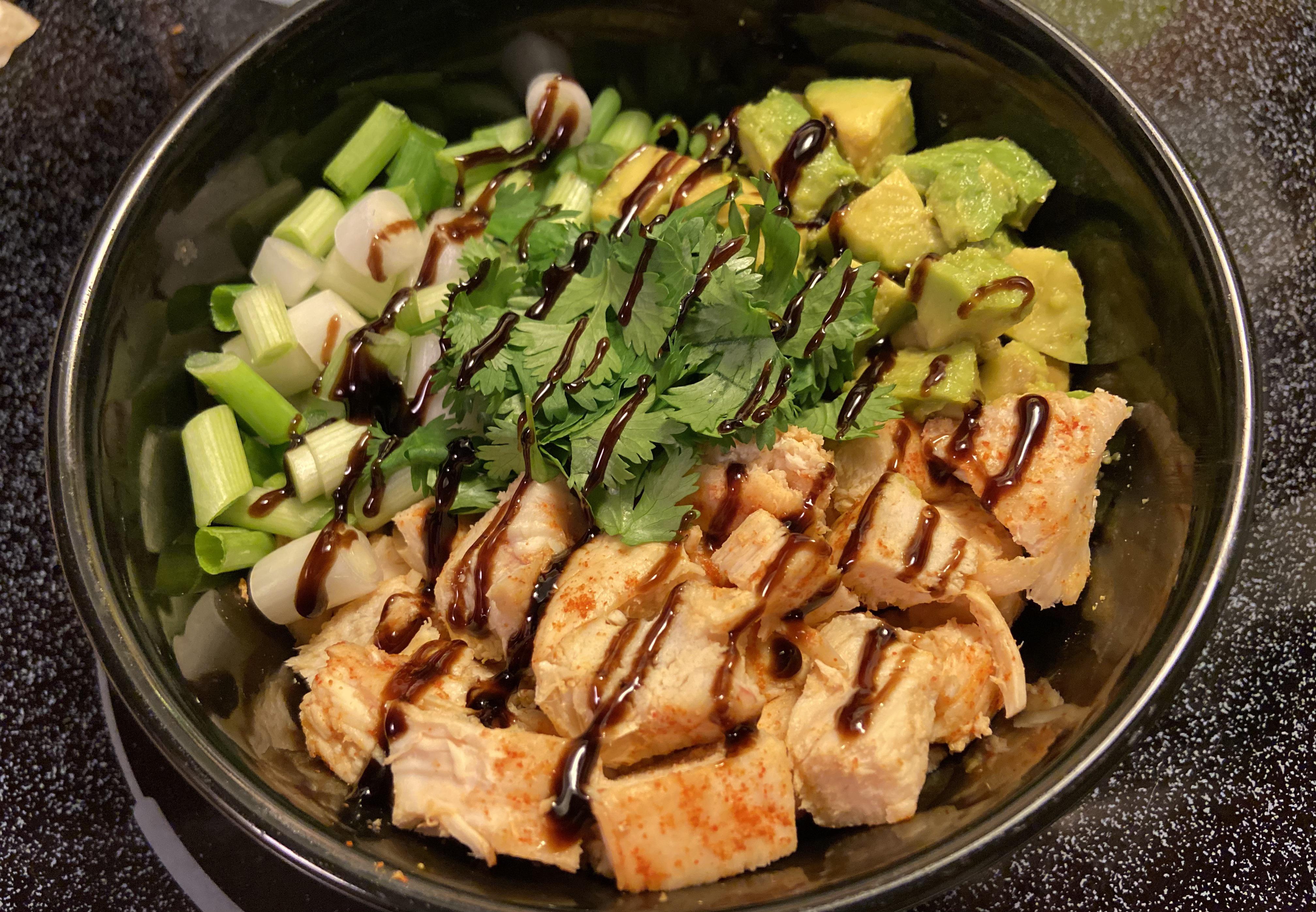 Guess what we had for dinner?
by u/MOMTHEMEATLOAFF in r/FridgeDetective 3 weeks ago

Thanks! I have a mini round griddle, great for making eggs!

46
r/HealthyFood • Posted by u/MOMTHEMEATLOAFF 3 weeks ago ( i.redd.it )
Avo Toast Is Such A Go-To Image
https://i.redd.it/dx8pmzrw0gn61.jpg Awesome thanks for this!

Thank you for this!